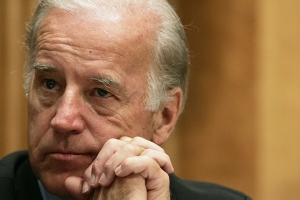 Vice President Joe Biden made a rather noticeable mistake while speaking to a group of supporters in San Francisco on Thursday. Biden told the audience that the “Giants” would win on Sunday and advance to the Super Bowl.

Your Boy Barack Obama Is In Madden ’12

For the second straight year, President Barack Obama appears during the Super Bowl-winning phase of Madden. In this photo, Obama is receiving a jersey from the Maddenized Tom Brady after New England claimed a Super Bowl in the video game after defeating the Eagles 21-10.