The JMRA Hall of Fame – Inductee #2 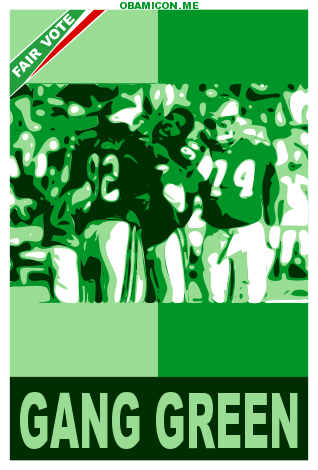 In an effort to bring you the best of the NFL, we give you the JMRA Hall of Fame. As revealed earlier this week, Joe Montana served as the Hall’s first inductee.

Now, we arrive to inductee #2 or should I say inductees?

Sadly, since they never won a Super Bowl (which literally I could probably write a book about), the Philadelphia Eagles defense of 1989-92 may never get its proper due despite being among the fiercest units to play on a yearly basis. The group, fronted by Reggie White, Jerome Brown, Seth Joyner, and Eric Allen, gave offenses weekly headaches.

Those players had plenty of help as well. Clyde Simmons, Byron Evans, Mike Pitts, and Mike Golic, Andre Waters and Wes Hopkins all played pivotal roles in establishing them as one of the most intimidating units in league history.

Dubbed “Gang Green” by the fans, the defense reached its zenith in 1991, when the Eagles finished #1 overall and against the run and pass, a feat rarely achieved in NFL history. That defense carried a team that used Randall Cunningham, Pat Ryan, Jim McMahon, Brad Goebel and Jeff Kemp at quarterback due to serious rash of injuries at the position.

Nonetheless, the ’91 Philly D featured five Pro Bowlers (White, Brown, Joyner, Allen and defensive end Clyde Simmons) and a tremendous defensive coordinator Bud Carson, who held the same position with the Steelers from 1972 to 1977 during their Super Bowl run.

Following the ’91 season, the Eagles were rocked to its core when Brown, one of the team’s emotional leaders, died in a car accident prior to the ’92 campaign. With the departure of White in 1993, the Eagles’ window of opportunity for that squad officially closed.

Despite the lack of postseason success, the group gave its architect and former Eagles head coach Buddy Ryan, plenty to be happy about. They offered some all-time great performances including the “Bodybag Game”, “The Bounty Bowl”, “When Troy Met Clyde” or my personal favorite, the  “House of Pain” game.

And one more for good measure from their 1990 tilt with Giants. Just as a historical note, New York came into this game 10-0 and were set to face the 49ers the following week in San Fran for what was being billed as “Super Bowl XXIV 1/2” since the Niners were also 10-0. Ironically, the Eagles buried the G-Men 31-13 while San Francisco fell to the Rams 28-17 hours later.