Another Game, Another Michael Vick Injury 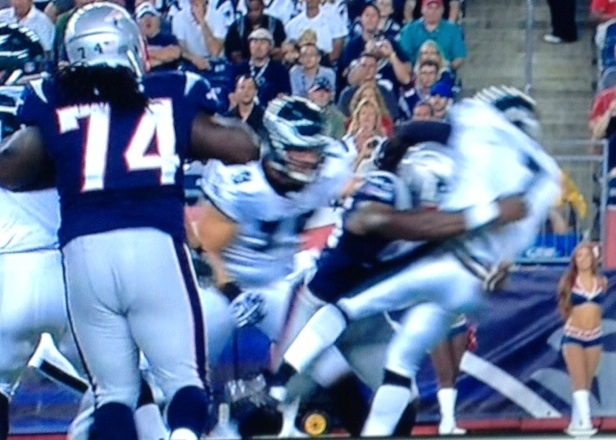 If Philadelphia Eagles fans have not begun copious amounts of research on backup quarterback Nick Foles, they might want to start.

For the second time in as many preseason games, Michael Vick left with an injury.

This time, New England’s Jermaine Cunningham delivered a big hit to Vick’s rib area on the quarterback’s third and final pass in Monday’s night exhibition 27-17 win over the Patriots.

The rib-crushing hit rendered on Vick left him in a heap on the ground. Eventually collecting himself, Vick headed back to the locker room area for examination.

X-rays came out negative, however, Vick will have an MRI and CT scan on Tuesday.

Nick Foles is going to play at some point during the regular season because Vick possesses the sturdiness of powder.

Also, feel free to insert your joke here about some wayward, needy team wanting to trade a pair of first-rounders to the Eagles for Foles in 2013.