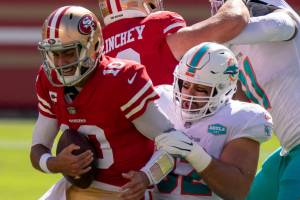 The San Francisco 49ers have enjoyed a lot of great moments over the past year. Today was not one of them. The Miami Dolphins eviscerated the 49ers on Sunday, 43-17, in Santa Clara. 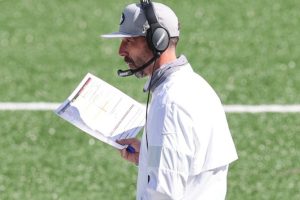 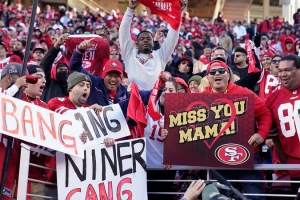 The NFC champion San Francisco 49ers formally announced on Tuesday they will play their home opener against the Arizona Cardinals in front of no fans on Sunday, September 13 during opening weekend. 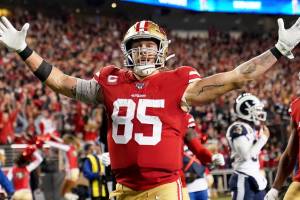 Who Can Knock Off The 49ers In The NFC?

Despite falling in Super Bowl LIV to the Kansas City Chiefs, the San Francisco 49ers are still the kings of the NFC.

This series commemorates the 160 Worst Losses in NFL history. We will examine the five worst losses of each franchise.

49ers Wondering If The Price Is Right For Adams

Can Niners Sign Adams and Extend Kittle? San Francisco is poised for another Super Bowl run this season and according to handicapping site sportsbookreview.com the 49ers are 10-1 to win the 2020 Super Bowl, trailing only the Ravens and Chiefs. However, some housekeeping needs to be addressed, the first […]