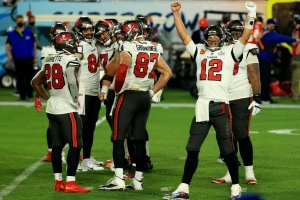 Super Bowl LV is in the books and the kings of the NFL have been dethroned. The Tampa Bay Buccaneers made (surprisingly) quick work of the defending Super Bowl champion Kansas City Chiefs on Sunday, 31-9, to claim the franchise’s second championship.

Somehow, the NFL made it through COVID-19 and 255 games to bring us game 256 – Super Bowl LV. What a game it could be. Patrick Mahomes and the Kansas City Chiefs will attempt to become the first repeat Super Bowl champion since the 2003-04 New England Patriots. […]

The annual EA Sports Madden Super Bowl simulation is complete and it has Patrick Mahomes and the Kansas City Chiefs joining the repeat club.