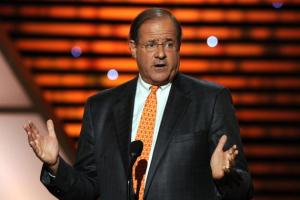 So Long, Boomer: Chris Berman Will No Longer Be The Face Of ESPN’s NFL Coverage

As mentioned on the blog several months ago, rumors were floating around that Chris Berman –  the longtime face of ESPN’s NFL coverage – would be out in some manner after this season’s conclusion. On Thursday, that news became official.

Chris Berman To Retire At The End Of 2016 NFL Season…Maybe.

It would be somewhat easy to argue that the history of the NFL’s long and profitable relationship with television could not be told without some sort of nod to ESPN’s Chris Berman.