No Seattle For You: Jimmy Garoppolo Will Stay With 49ers 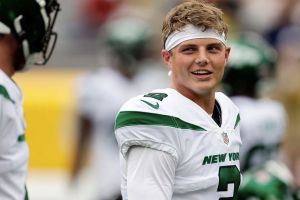 New York Jets quarterback Zach Wilson, who made headlines this past offseason for his off-the-field exploits and possibly, for having that dawg in him, left the team’s Friday night preseason game against the Eagles with a non-contact knee injury.

The celebration continues on for the Super Bowl champion Tampa Bay Buccaneers. Bucs head coach Bruce Arians lived up to a promise prior to the team winning the franchise’s second Super Bowl ever in February. 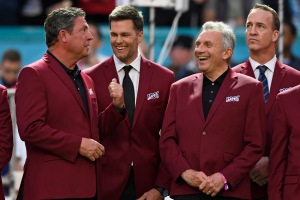 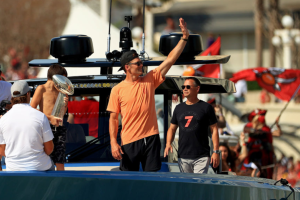 Super Bowl LV is in the books and the kings of the NFL have been dethroned. The Tampa Bay Buccaneers made (surprisingly) quick work of the defending Super Bowl champion Kansas City Chiefs on Sunday, 31-9, to claim the franchise’s second championship. 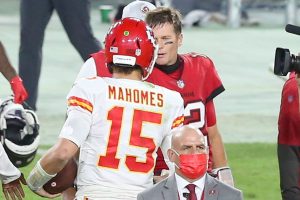 Somehow, the NFL made it through COVID-19 and 255 games to bring us game 256 – Super Bowl LV. What a game it could be. Patrick Mahomes and the Kansas City Chiefs will attempt to become the first repeat Super Bowl champion since the 2003-04 New England Patriots. […]

The annual EA Sports Madden Super Bowl simulation is complete and it has Patrick Mahomes and the Kansas City Chiefs joining the repeat club.

The Tampa Bay Buccaneers and Kansas City Chiefs will face off in Super Bowl LV as each team took far different paths to victory last Sunday.