Sunday Scaries: The Injury Spirit of 2020 & An MVP Leader Emerges

The early games in Week 2 were an abject disaster. The 10 early Sunday games saw competitive battles and one of the most memorable regular finishes in recent memory (we’ll get to that). However, injuries stole the show early on. 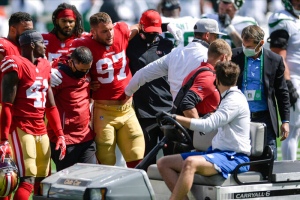 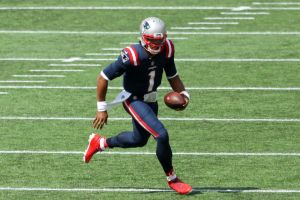 Without a normal preseason and preseason, the 101st NFL season got underway Sunday missing perhaps its most important piece…the fans. However, that didn’t stop Week 1 from cranking some very notable moments.

The Super Bowl champion Kansas City Chiefs opened the 2020 season against the Houston Texans on Thursday night and Andy Reid gave us an early look at what Sundays with head coaches might look like as COVID-19 continues to cause problems around the country.

While 2020 has been a rough go for many, Super Bowl LIV MVP and Kansas City Chiefs quarterback Patrick Mahomes continues to be living the dream thus far.

The NFC champion San Francisco 49ers formally announced on Tuesday they will play their home opener against the Arizona Cardinals in front of no fans on Sunday, September 13 during opening weekend.