#Spygate: A 1992 John Madden TV Clip Says That Teams Videotaped Each Other Regularly

Shortly before Roger Goodell’s scheduled appearance on ESPN’s Mike & Mike this morning, the Worldwide Leader rolled out a new report on Spygate stating that Goodell covered up a scandal that was far worse than originally reported. To say it is rather dubious that “new” information on Spygate […]

Here we go again… The New England Patriots may be under fire in the aftermath of their 45-7 win in Sunday’s AFC title game.

Baltimore Ravens head coach John Harbaugh told a Baltimore radio station that New England’s run, featuring three Super Bowl titles, is tainted and “stained” due to 2007’s Spygate debacle. While doing an interview on 98 Rock in Baltimore, Harbaugh spoke candidly about cheating in the NFL and in […]

Ummm….is there something wrong with this photo? The NFL might have something to say about it. According to Mike Florio of Pro Football Talk, several fans sent him a link of the picture above from Sunday’s Jets/Patriots game. 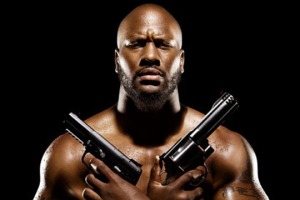 Inside The Head Of James Harrison

The JMRA Hall of Fame – Inductee #5