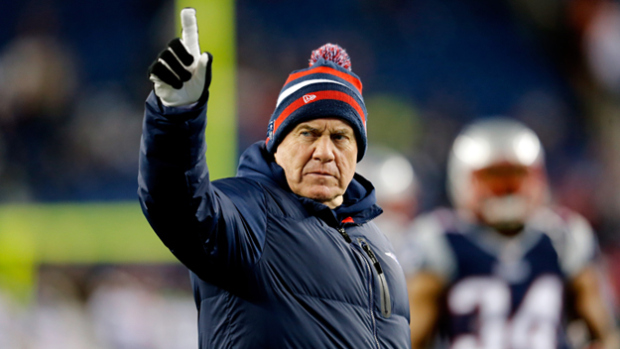 The New England Patriots may be under fire in the aftermath of their 45-7 win in Sunday’s AFC title game.

According to Bob Kravitz of WTHR-TV in Indianapolis, a league source tipped him that the Patriots were under investigation for deflating footballs used by the Colts.

Deflating the ball makes it easier to throw and catch…especially in yesterday’s rainy and windy conditions.

Clearly, that doesn’t make a significant dent into a game’s credibility when the final score is 45-7 and built primarily on the back of Patriots running back LeGarrette Blount.

If found guilty of such impropriety, the Patriots could be in danger of losing draft picks, which is exactly what took place when Spygate took place in 2007.

This news arrives hours after the Patriots are opting to file tampering charges against the Jets for comments made by owner Woody Johnson in regards to ex-Jet Darrelle Revis potentially returning to the team.