Indianapolis Colts radio play-by-play man Bob Lamey was excited to be finally done with the San Diego Chargers last Sunday. After the Colts escaped with a 26-22 victory last Sunday for its first win, Lamey cut right to the chase.

DeflateGate: 11 of 12 Patriots Football Were Under-Inflated By Two Pounds Each

Oh lord… ESPN’s Chris Mortensen reported on Tuesday night that 11 of 12 Patriots game balls were under-inflated by two pounds each. Oddly enough, it took Tom Brady’s lone interception on Sunday night during New England’s 45-7 win over Indianapolis in the AFC title game for this issue […] 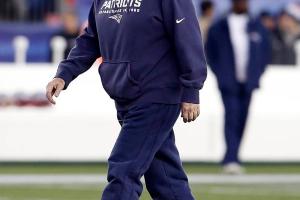 The Tube Socks Game Of Bill Belichick Was On Point Sunday

Bill Belichick was ready for a flood on Sunday in Foxborough prior to the AFC title game against the Indianapolis Colts.

Here we go again… The New England Patriots may be under fire in the aftermath of their 45-7 win in Sunday’s AFC title game. 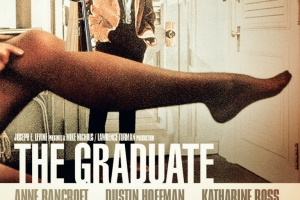 I don’t think the Patriots and Colts can follow what we just saw in Seattle but nonetheless, here we go for a berth Super Bowl XLIX!

While the divisional round might be the best football weekend in terms of overall quality, Championship Sunday displays the end of the road to the Super Bowl. Also, it allows football fans a chance to speculate about the potential Super Bowl matchups that could come out of Championship Sunday.

The blood of John Fox’s Denver Broncos coaching career is on the hands of the Indianapolis Colts after last Sunday’s 24-13 thumping by Indy. That sets the table for a second straight postseason featuring Andrew Luck’s Colts versus Tom Brady’s Patriots. This time around, it’s for the AFC […]

Colts Upset Broncos; The End May Be Near For Peyton Manning

To grasp how surprising it was to see the Denver Broncos get thoroughly outplayed at home by the Indianapolis Colts, try reading this line from USA Today writer Christine Brennan.

Surely you’ve heard by now that Joe Flacco is the greatest clutch quarterback the NFL has seen since the days of Johnny Unitas. Since the 2012 postseason, Flacco’s postseason credentials are second to none. He has thrown 13 touchdown passes and ZERO interceptions.