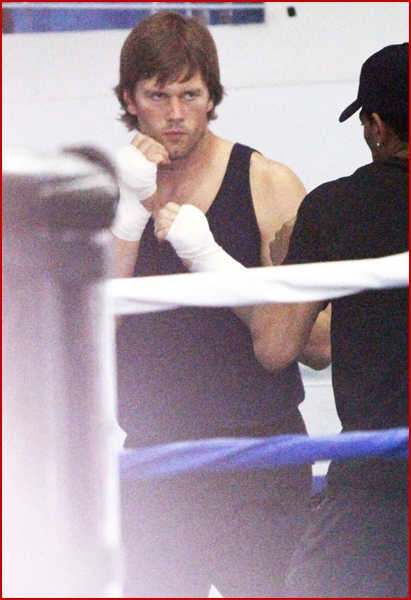 Kudos to the Faded Youth Blog for unearthing photos of Tom Brady boxing. According to the blog, these photos were taken on March 19, showing the Patriots quarterback putting together his own offseason workout regime.

Brady missed voluntary workouts with the Patriots last week. He instead opted for Los Angeles to prepare for the 2010 season.

Of course, anytime he blinks it is newsworthy in Foxboro. His decision to skip the voluntary workouts caused some to view him with a suspicious eye considering his penchant for being a regular at such sessions.

Although, the optimist would state that Brady is a father of two with a supermodel wife and after all, he is Tom Brady.

If you would trust anyone in the league to handle their own business, wouldn’t it be a three-time Super Bowl winning quarterback?

Nonetheless, Brady took a beating last season and appears to be rather committed to get into better shape.

Calm down Patriots supporters. It’s ok if he trains on his own. There are far bigger fish to fry in New England at the moment.