The 30th Anniversary Of The Catch

Today is the 30th anniversary of one of the defining moments of Joe Montana’s career. If you’re an NFL fan and have never watched it, put down your Tostitos and Xbox controller for the next 27:10. It’s time to get some education in your system. 49ers 28, Cowboys […]

On the same day that news broke regarding Sunday’s Pittsburgh-Denver thriller being the highest-rated wild-card game since 1994, more Tim Tebow hysteria is abound. Tebow craziness continues to run rampant to the dismay of Charles Barkley but not to singer John Parr. 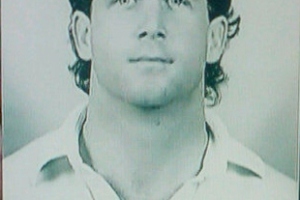 As we turn the page to the divisional round of the NFL playoffs on Saturday, John Fox’s Denver Broncos make the trek to Foxborough, Massachusetts to visit Nick Saban-loyalist, Bill Belichick, and the New England Patriots. Unfortunately, Fox can’t hop into Doc Brown’s DeLorean and bring back his […]

The Twitterverse is in great distress over the BCS Defense Bowl featuring LSU and Alabama grinding it out for the national title. This EA Sports simulated version of the national title game is far more scintillating than Alabama’s 21-0 win over LSU on Monday night. Plus, it includes […]