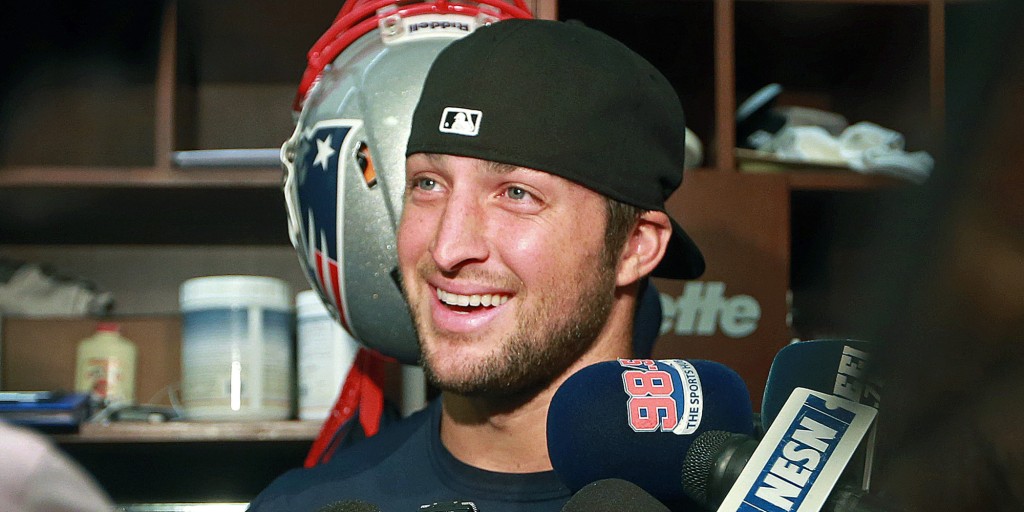 When we last heard from Tim Tebow, he was toiling in New England as a third-string quarterback behind Tom Brady and Ryan Mallet before being released prior to the start of the 2013 season.

Tebow is back in the spotlight again…sort of. This time, he is working out in Arizona with an eye on keeping his dream alive of being an NFL quarterback.

If that doesn’t work out, he has a cushy broadcasting job with ESPN on the SEC Network to keep him busy.

It’s somewhat sad that Tebow doesn’t see the writing on the wall. After playing on three teams in the last four years, he is back again but probably not to a different result.