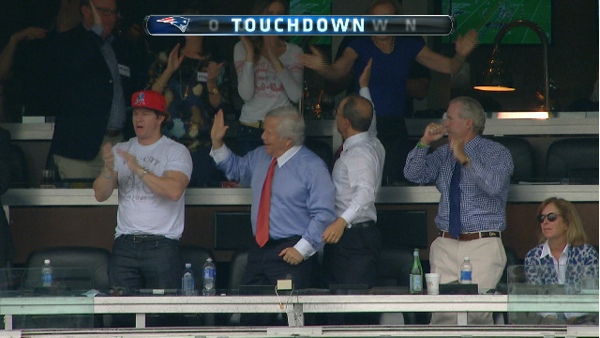 Tom Brady, king of the non high-five, took to Facebook on Tuesday (or whoever runs the page) to stick up for Patriots owner Robert Kraft, who got left at the high-five alter by Mark Wahlberg on Sunday.

After Brady connected with Rob Gronkowski on New England’s lone touchdown in their 16-9 win over Oakland, Kraft hobnobbed with Wahlberg in a luxury suite. As he raised his hand for a high-five from Wahlberg, the actor left him hanging.

Wahlberg is the same guy who sang, “You Got The Touch” during Boogie Nights. He can high-five whoever he wants at anytime.