The Arms Of LaRon Landry Need Their Own Area Code 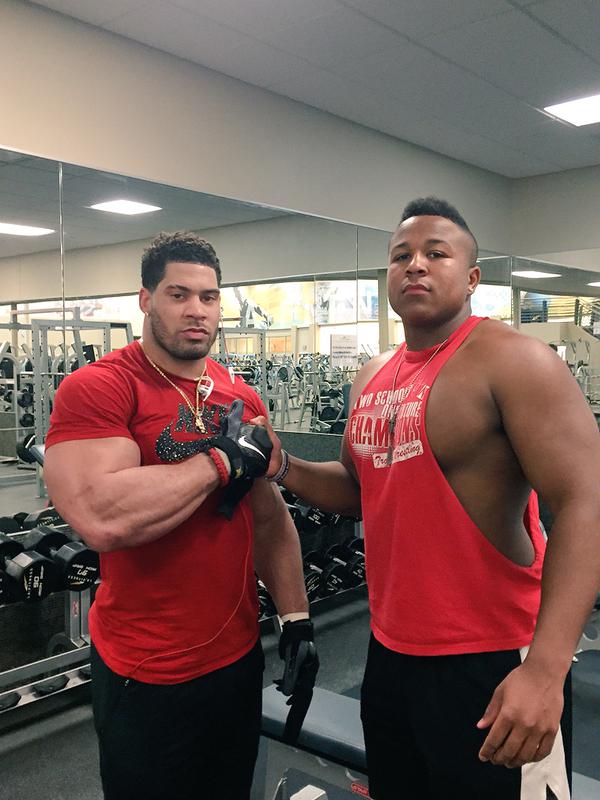 Remember when professional wrestling demigod Hulk Hogan used to get on TV in the 80s to tell you he had the largest arms in the world?

Well, former Indianapolis Colts safety LaRon Landry could legitimately make that claim after a picture of a recent gym trip landed on Twitter.

Landry’s arms appear to be ripped, jacked, etc. despite receiving his walking papers from the Colts last February. Should he return to the NFL, he’ll have to serve a 10-game suspension for violating league rules on performance enhancing substances.

Meanwhile, Landry served a four-game suspension earlier this season for a similar infraction.

After looking at this picture, I couldn’t possibly imagine why he got suspended.