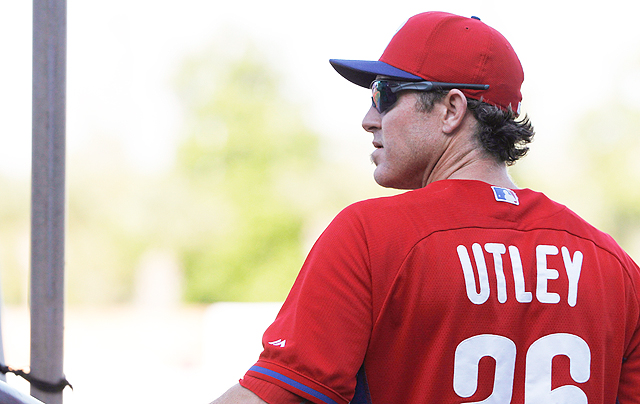 As I ran down the streets of random Philadelphia neighborhoods shaking hands and high-fiving strangers on the night of October 29, 2008, the ominous and torturous past of Philadelphia Phillies was not at the forefront of my mind.

Instead, as the Phillies completed their first World Series win since 1980 and in turn, breaking Philadelphia’s 25-year championship drought, I thought about the present Phils that carried the proud sports city out of the wilderness.

The days of Sil Campusano, Desi Relaford, and Abraham Nunez were in the archives. It was time to celebrate and appreciate a golden age of Phillies baseball and a new group of stars.

No one on the Phillies embodied Philadelphia and the team’s rise to greatness during that era quite like Chase Utley.

That’s why his departure to the Los Angeles Dodgers on Wednesday feels different than that of Jimmy Rollins and Cole Hamels – two other mainstays during the Phillies’ tremendous run from 2007 to 2011.

One could make the argument that other players in franchise history were more talented or better than Utley, but few players had the magnetic pull that the UCLA Bruin did.

Upon watching him in his prime, it was easy to see why fans were in love with how he played the game. Utley’s hustle, baseball IQ, spirit, and talent symbolized Philly far more than his native Pasadena, California.

During the Phils’ heyday, I often referred to Utley and first baseman Ryan Howard as “The Glimmer Twins” – the nickname also given to the dynamic duo of Mick Jagger and Keith Richards of The Rolling Stones.

When the team rolled to consecutive World Series appearances, a title in ‘08, and three straight appearances in the National League Championship Series, it seemed that without both playing well in unison that series victories appeared to be a risky proposition.

After devouring hours and hours of Phillies games, it’s evident who played which role. Utley starred as Mick Jagger and Howard played the role of Richards.

While Jagger mesmerized crowds with his talents and charisma as a performer, Utley shined in a more muted and different fashion…by example. Yet, much like Jagger, Utley captivated audiences when he was at his peak.

Throughout Philadelphia sports history, players struggled to fit in despite their immense talents due to a failure to connect with the fans (see McNabb, Donovan).

Utley had no such problem. Whether it was in the quick and sudden way he would jog around the bases after hitting a homer to his ability to turn water into wine while playing second base, Philly fans were hooked from Day 1.

From the time he blasted a grand slam as his first hit in the majors against the Colorado Rockies to his final moments in a Phillies uniform, he has been the heartbeat of the franchise.

Thanks for the memories Chase.

You are (and always will be) The Man.