Yup, Dez Bryant Got Punched In The Face During Cowboys/Rams Fight 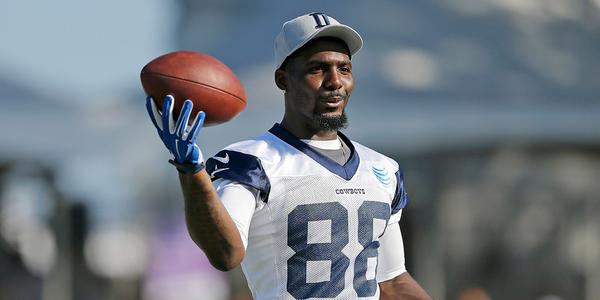 It appears that far more than pushing and shoving went down in Oxnard, California during the training camp fight between the Dallas Cowboys and St. Louis Rams.

Numerous players threw punches from both sides. Reportedly, Dallas Cowboys wide receiver Dez Bryant was in a conversation with owner Jerry Jones when the melee broke out. As Bryant is known to do, he wandered off the sideline without his helmet on.

This time around, instead of a referee intervening, Rams defensive back Imoan Claiborne intervened and punched Bryant right in the face:

Wanna see Dez Bryant get punched square in the face? Of course you do http://t.co/nlYHGadQbz

The Pro Bowl receiver lost his earring in the process before recovering it following the fight. Upset and annoyed at the day’s events, Bryant spoke out on Twitter.

“I wish I would have cheap shot his ass then all of yall would have seen the difference…You can’t even put that sh*t on world star lol.” Bryant later deleted the tweet.

Protect that chin, Dez. That was a rough shot. This marks the second fight involving Bryant during training camp. At this rate, he’ll be ready to fight one of the Klitschkos.