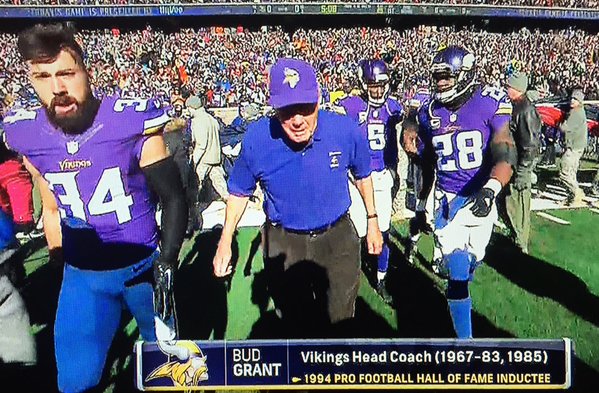 As temperatures hovered around -4 degrees at game time,  the 88-year old Grant showed that he isn’t intimidated by a little cold weather.

Bud Grant, who coached the Vikings to four Super Bowls is a straight-up thug. And I mean that in the nicest way possible.