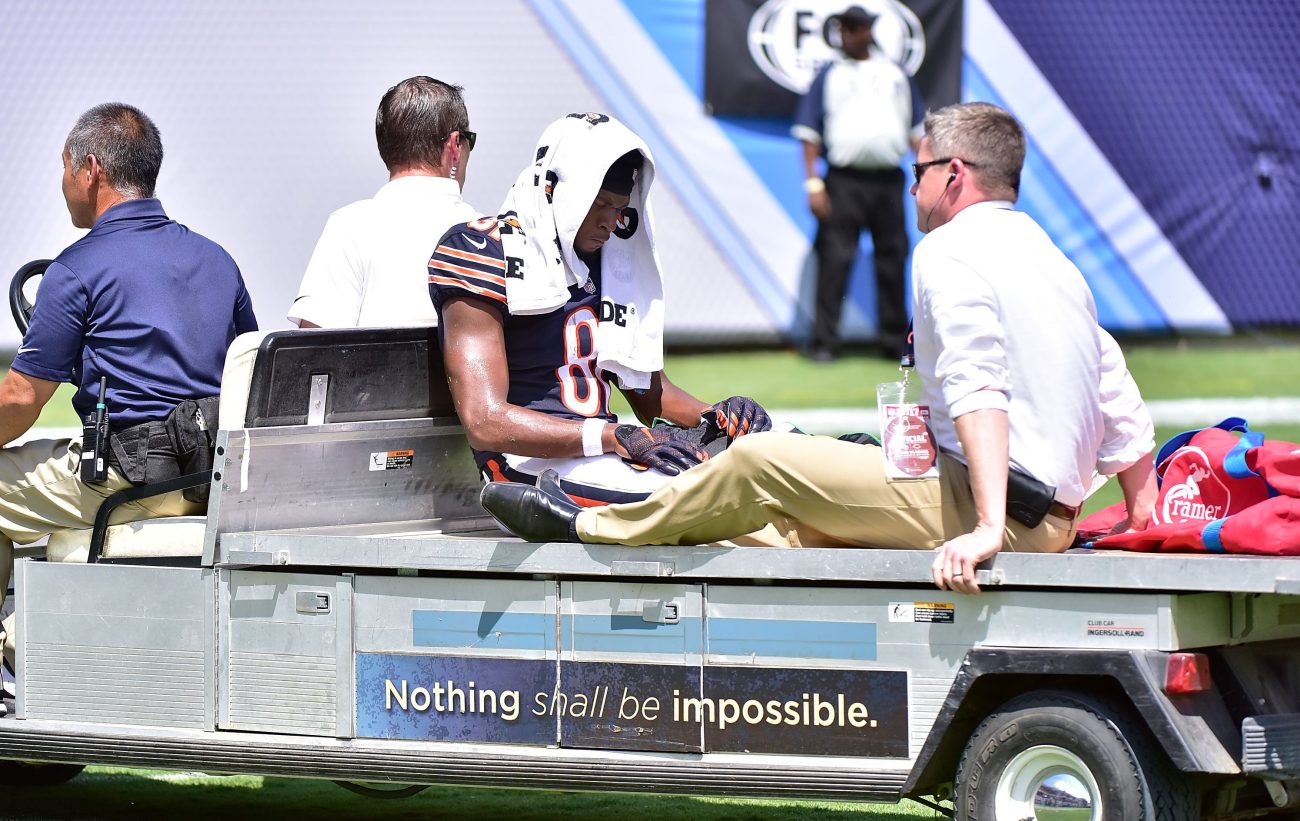 Pam Oliver of FOX Sports reported the belief is that Meredith tore his ACL. If so, Meredith’s injury would mark the second receiver to suffer the injury this weekend.

New England’s Julian Edelman is out for the season after suffering a season-ending knee injury on Friday night during a Patriots win over the Detroit Lions.

Look away if your squeamish…Cameron Meredith is down with a left knee injury pic.twitter.com/sbdppDH6XW

While Meredith seems to be in good spirits, these can’t be high times for the Bears, who are without a legitimate receiving threat. Kevin White will likely be among those expected to help pick up the slack.