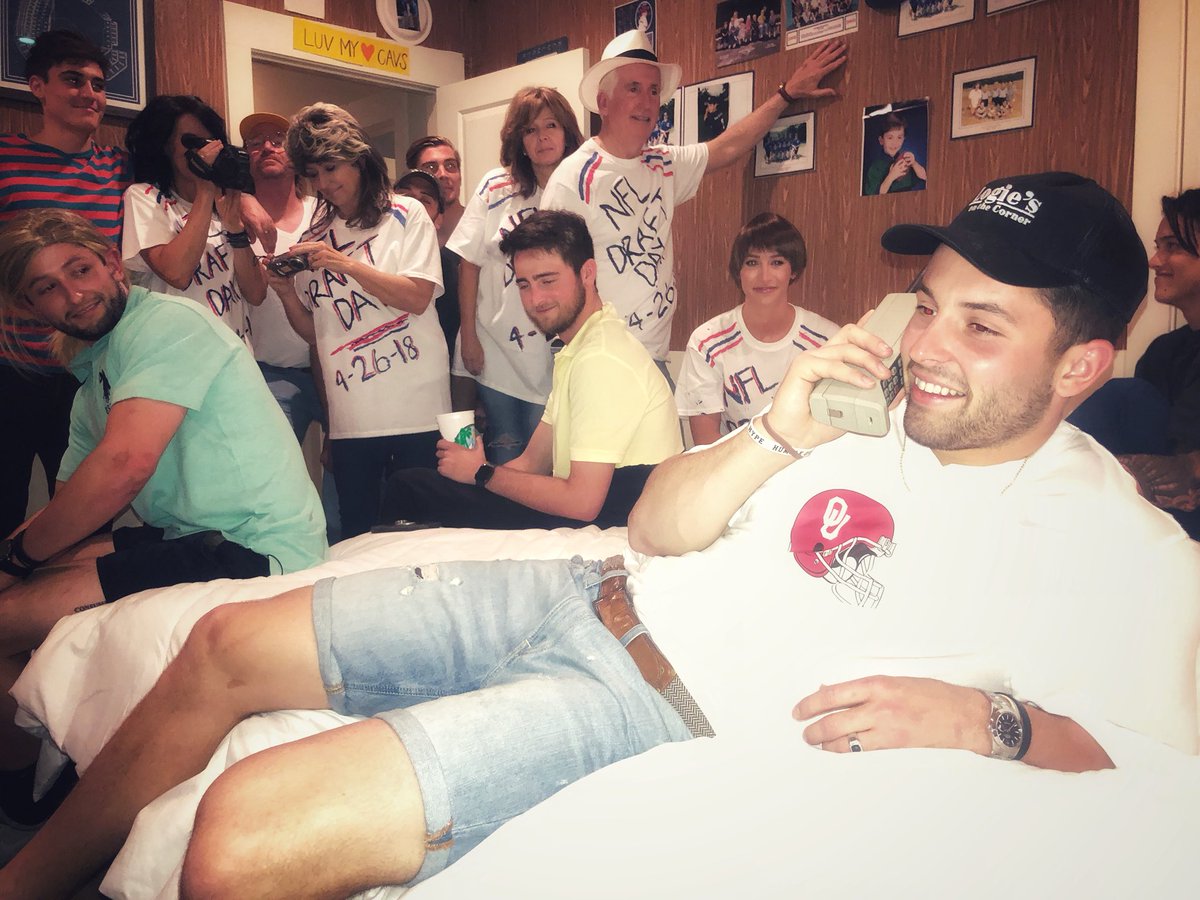 In the hours and days leading up to the draft, word trickled out the Browns were leaning towards taking Mayfield with the first pick. With names like Sam Darnold, Josh Rosen, and Josh Allen looming, the Browns zigged when many thought they would zag.

According to @mortreport on ESPN just now, John Dorsey’s known who he was going to take for “about six weeks.”

Dorsey told Haslams “about a month ago.”

No disrespect to Baker Mayfield, who may end up being a more than competent NFL quarterback, however, the Browns should have thought differently here.

I would have taken Saquon Barkley at one and maybe grabbed another quarterback at four. Instead, they get Mayfield at one and then, cornerback Denzel Ward with the fourth pick.

The Browns need all of the help they can get. Mayfield at one appears to be a reach for a guy who admitted to not looking at a Los Angeles Chargers playbook because he “had a lot on his plate.” That’s an answer of Johnny Football stock.

“Hey — let me ask you a question … you want to be the first pick in the draft?” pic.twitter.com/Ll6z5UiVej

It may work out for Cleveland but the other options at hand seem to dictate that the moment called for something else.

Want further proof of Mayfield’s shocking emergence to the number one overall pick? Check out this tweet from NFL maven Michael Lombardi, which clearly infers that Mayfield should not have been selected at number one.

However, give Mayfield brownie points for work on re-creating the famous Brett Favre Draft Day photo.

That was pretty boss.