Pete Carroll Gets Hit In The Face With A Ball; Seahawks Lose Rare September Home Game 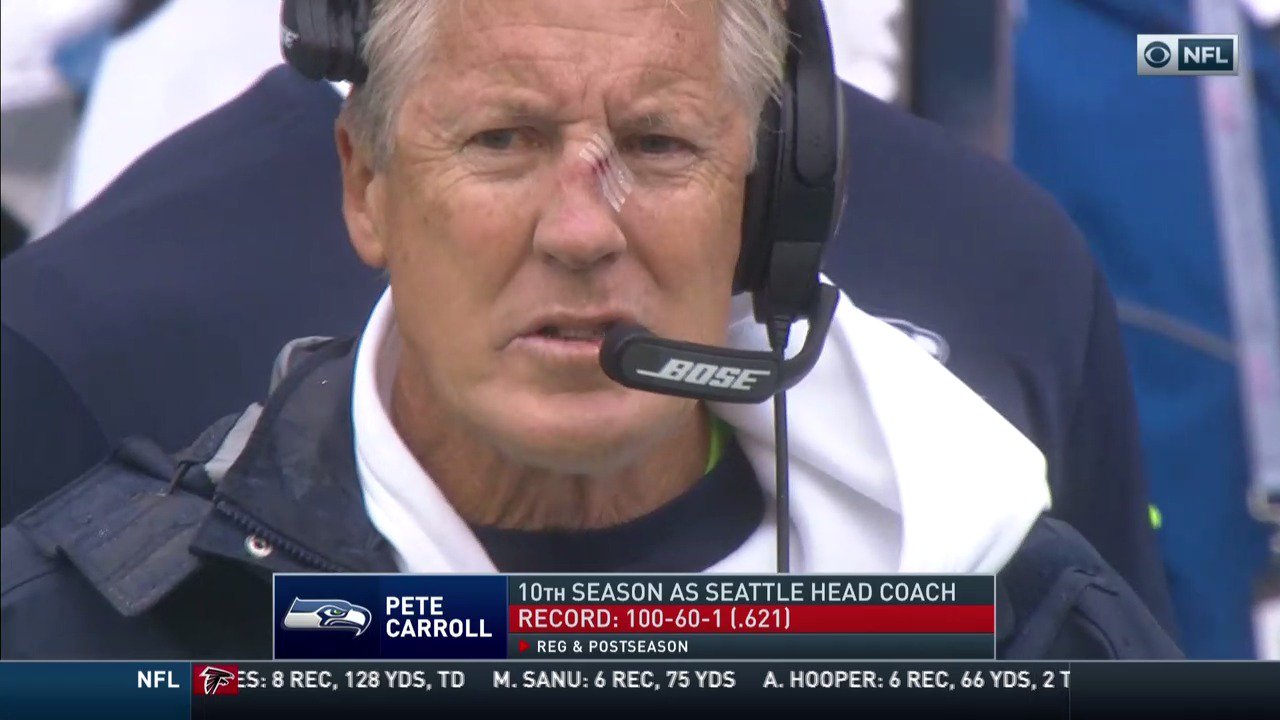 Sunday proved to be a long day for Seattle Seahawks head coach Pete Carroll and his team in a 33-27 loss at home to the New Orleans Saints.

During warmups, an errant pass struck Carroll in the nose and in turn, resulted in a cut and some bandages.

Pete Carroll got hit in the nose with a football that required stitches #SEAvsNO #seahawks pic.twitter.com/72aRK8PHow

Undeterred, Carroll still ended up coaching the game. Although, once the whistle blew, he wasn’t treated to much of a performance from his squad.

Further adding insult to injury, the Drew Brees-less Saints rolled into the Emerald City and cleaned house. While the Saints only won by six, the Seahawks grabbed a few cosmetic scores late to make it a lot closer than it deserved to be.

The loss to the Saints marked the first home defeat for Seattle in September since Carroll became head coach in 2010. Previously, Seattle had won 15 consecutive home games.