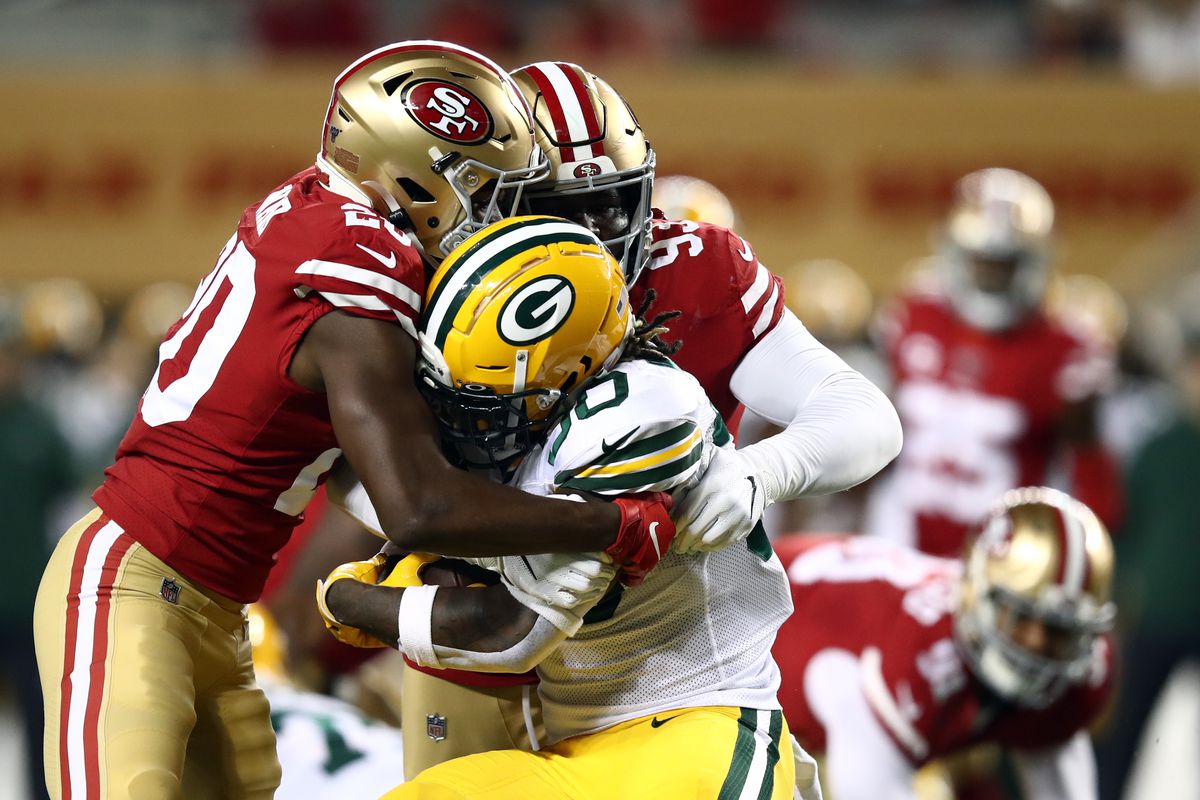 The San Francisco 49ers took a big step toward a first-round bye on Sunday night during a 37-8 home rout of the Green Bay Packers.

San Francisco, who improved their record to 10-1, turned what was supposed to be a premiere matchup between a pair of NFC heavyweights into a blowout thanks to one of the NFL’s best defenses and their returning Pro Bowl tight end George Kittle.

Meanwhile, the returning Kittle caught a 61-yard touchdown pass from Jimmy Garoppolo in the third quarter. Overall, he hauled in six passes for 129 yards after missing action all November due to a broken bone in his ankle.

San Francisco’s victory keeps them a game ahead of the 9-2 Saints and two games ahead of the 8-3 Packers in the battle for home-field advantage. However, keeping the Saints and Packers (and Seahawks for that matter) off their heels might be tricky.

The Niners have quite the challenge over the next two weeks. First, they will travel to Baltimore to take on Lamar Jackson and the red-hot Baltimore Ravens, who play the Los Angeles Rams on Monday night.

Then, they head to New Orleans for a showdown with the Saints on December 8.

Regardless of how these next couple of games turn out for San Francisco, it appears the 49ers are for real.