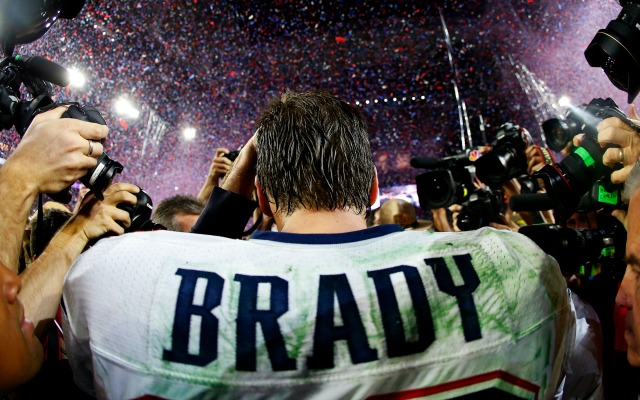 Brady’s official departure from New England on Tuesday, will cause a shift in the NFL that we haven’t seen in 20 years. For better or worse in the eyes of many, Foxborough, Massachusetts has been the center of the NFL’s seismic eye since the 2001 season. As Brady’s exits stage right, that will change.

No longer will AFC teams will have to dread the presumptive clowning in Foxborough in a big game.

Jim Nantz and Tony Romo or Al Michaels and Cris Collinsworth will not be heading into Gillette Stadium to announce a monster game (well, not with the same frequency). Alas, things are about to change in a big way for Patriots Nation.

Even if the 2020 Patriots manage to compete for a playoff spot, which they likely will, a year (at least) of transition is on the way.

While there will be a tremendous amount of intrigue to see if New England can still be a Super Bowl contender, much of the glitter has been brushed off the Patriots franchise. Whether it’s Jarrett Stidham, Andy Dalton, Jacoby Brissett or some other non-elite quarterback at the helm in New England, the NFL’s epicenter will now be Kansas City (the home of the defending Super Bowl champions) and incredibly, at least for the time being, Tampa.

That’s the power of Brady though. While it’s likely that Brady might end up missing the structure, discipline, and coaching style of Belichick, there is no question that his former head coach and the Patriots will miss what the future Hall of Fame quarterback brought to the Boston area in ability and stature.

Just as Joe Montana’s departure from San Francisco 49ers made things difficult for Steve Young when he supplanted the four-time Super Bowl winner, things will not be easy for whoever replaces Brady in New England.

There will be plenty of time to dissect the pros and cons of Brady’s successor and what will happen when he takes the field in Tampa. For the moment, it’s time to appreciate, hate, or be envious of the greatest dynasty ever seen in the National Football League.

Appreciate it or hate it. Either way, you’ll never see anything like Tom Brady and/or the Brady/Belichick era ever again.