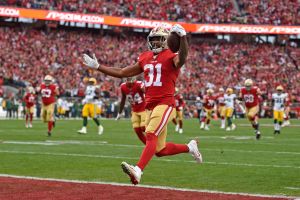 The defending NFC champion San Francisco 49ers appear to have an unhappy running back on their hands. Running back Raheem Mostert is requesting a trade due to an unsatisfactory contract per his agent, Brett Tessler.

The sports world is still buzzing about the half-billion dollar contract signed by Kansas City Chiefs quarterback Patrick Mahomes on Monday. The Chiefs potentially dishing out $503 million over 10 years to a 24-year-old Super Bowl-winning quarterback seems somewhat wild but the economics of football at the moment […]