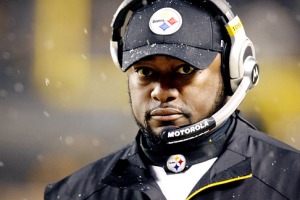 Mike Tomlin’s Extension Is Another Reminder Of Steelers Consistency

The Pittsburgh Steelers decided to extend the Mike Tomlin Experience through 2020 on Friday. Tomlin, who was already inked through the 2019 season, will get another chance to attempt to lead the Steelers back to the Super Bowl. Pittsburgh’s last Super Sunday appearance came in February 2011 – […]

During New England’s 28-21 opening night win over the Steelers, Pittsburgh’s coaching staff was unable to communicate with each other due to a malfunction with their headsets. Instead of getting the regular chit-chat between coaches, the Steelers’ coaching staff was treated to the smooth sounds of the Patriots […]