The Best Image From Day 136 Of The NFL Lockout 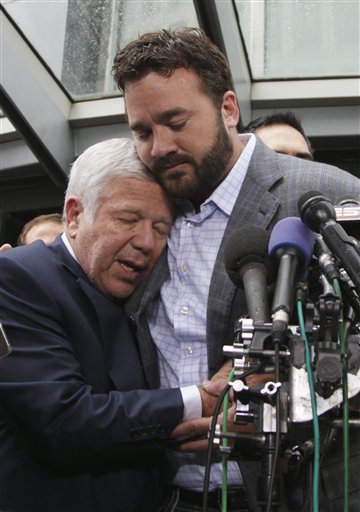 Courtesy of the Boston Herald

Saturday paid tribute to Kraft by admiring his dedication to the negotiations while faced with one of the most difficult moments of his life, the death of his wife Myra.

Kraft was also acknowledged by Saturday as “a man who saved football.”

It’s somewhat fitting that two individuals part of one of football’s greatest rivalries over the past 25 years combined for a great image during the NFL lockout’s conclusion.