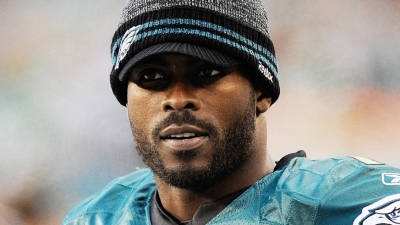 Philadelphia Eagles quarterback and reformed pitchman Michael Vick expressed his enthusiasm regarding the team’s upcoming season during an appearance at Modell’s in Philadelphia on Wednesday.

Vick, who is launching a clothing line called V7, says the team is ready to get to work and make a Super Bowl run. In the process of detailing his excitement, Vick dropped an interesting nugget about his normal feeling regarding training camp:

“Usually I don’t want to go camp,” he said. “That part I will admit. But this year, I feel like we’re going to have fun with it. We’re going to really enjoy it and make the most out of it. I’m excited. Like I said, I have never been this excited for a season.”

When you read a quote like that as an Eagles fan, it makes you happy about what might be lurking around the corner for the team. Then again, we heard a similar refrain last year when their collection of free agent signings earned them the ill-fated “Dream Team” label.

Here’s the thing about Vick’s comments. If the kicker says that, fine. If the linebackers, offensive linemen, or defensive backs say that, ok, you live with it.

I don’t want Vick, one of the leaders of this team, making those remarks in public. As the quarterback of a team who should have won a Super Bowl ten years ago with Donovan McNabb at the helm, he has to set the example for the rest of the team.

Luckily, Vick’s work ethic has been lauded this off-season. However, whether he can translate that into something that is tangible for this franchise remains to be seen.