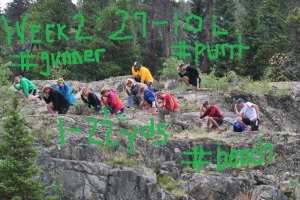 The New York Jets braintrust thought the best way to utilize Tim Tebow’s skills would be on punt coverage. Tebow’s afternoon activities included one carry for 22 yards and working the punt coverage team for the Jets.

The Texans, 49ers, Eagles, Chargers, Cardinals are all 2-0. Which of those things just doesn’t belong?

I think the commish has the ____ ride to the game in little yellow busses. You fill in the blank. #stayingoutoftrouble lol — Cullen Jenkins (@CullenJenkins) September 17, 2012 Eagles defensive tackle Cullen Jenkins sent out a tweet on Sunday night during the Lions/49ers contest, presumably calling into […]