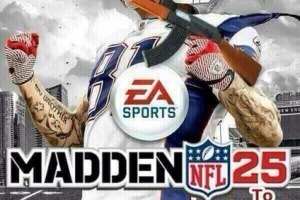 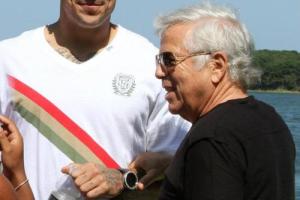 The New England Patriots took another step in distancing themselves from a relationship with former tight end Aaron Hernandez on Friday. The team announced it will hold a free exchange for any Aaron Hernandez jerseys on July 6 and 7. 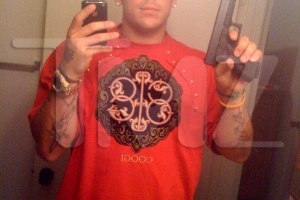 Following the arrest and subsequent murder charge against former Patriots tight end Aaron Hernandez arrives more evidence of the Ex-Gator’s affection for guns. TMZ Sports released a 2009 selfie photo of Hernandez toting a gun on Wednesday. The photo was taken while Hernandez was a member of the […]

Thus far, the 2013 sports calendar has been a complete disaster for Boston sports. The Chicago Blackhawks added to Beantown’s misery by cranking out two goals in the final minute of a 3-2 Stanley Cup-clinching win over the Bruins on Monday night. 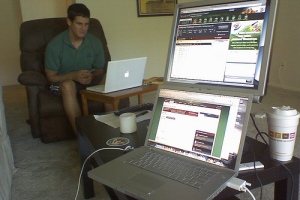 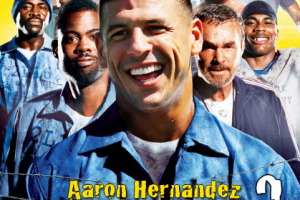 The latest news out of Massachusetts on Aaron Hernandez isn’t exactly uplifting but it doesn’t involve an arrest yet. Michael Fee, Hernandez’s agent, released a statement on Monday night calling into question information being reported about his client. 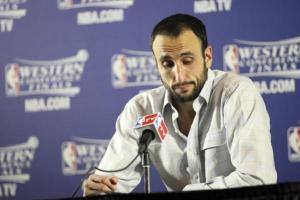 Tonight (and for the first time since 2005), we’re treated to a rare NBA Finals Game 7. Might as well partake in the festivities and watch in horror as the Miami Heat win their second straight NBA title… 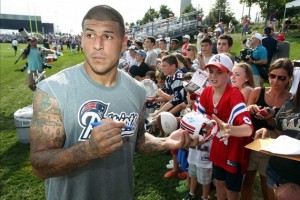 While most of New England’s offseason attention has been related to the many injuries of Pro Bowl tight end Rob Gronkowski, its fellow tight end Aaron Hernandez, who is set cause a major disturbance in Foxborough. Hernandez is reportedly tied to the homicide of Odin Lloyd, a 27-year […] 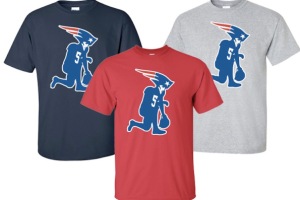 Your Patriots Tebowing T-Shirts Are Available On eBay

It didn’t take long for folks to attempt to cash in on quarterback and inaccurate thrower supreme Tim Tebow joining the New England Patriots. Per Boston Magazine, a slew of Tim Tebow merchandise has found its way onto eBay just in time for your training camp needs.

Tim Tebow is a New England Patriot. Days after rumors swirled regarding whether Tebow’s time in the NFL was over, he will be at New England’s minicamp on Tuesday after reaching a deal with the Patriots on Monday.