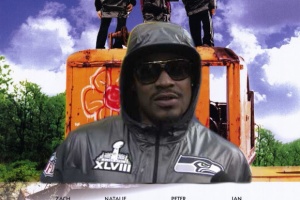 Ladies and gentlemen, the end is in sight. Our march through the 2013 NFL season is set to come to an end on Sunday night when the Seattle Seahawks battle the Denver Broncos in what may prove to be the coldest Super Bowl in NFL history.

Tom Brady Is Not Watching The Super Bowl…For Good Reason.

Tom Brady made some news last week after the Patriots fell to the Denver Broncos in the AFC title game when he told WEEI Radio in Boston that he would not watch the Super Bowl. It appears a part of Brady’s reasoning for his decision could be his […]

Super Bowl Week: Marshawn Lynch Is Now Brought To You By Skittles

A recent published article about Skittles stated that the candy stood to make $5 million from an appearance by Marshawn Lynch and the Seattle Seahawks in the Super Bowl due to the runner’s propensity to eat the hard shell candy throughout games. Thus, it wasn’t surprising that Skittles […] 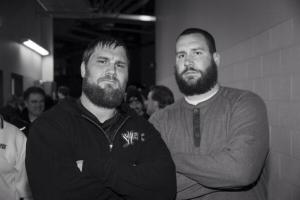 Sunday night’s WWE Royal Rumble took place in Pittsburgh as thousands of fans voiced their displeasure over Daniel Bryan’s lack of involvement in the event’s marquee match. Before the Bryan debacle, Steelers quarterback Ben Roethlisberger made the rounds with WWE talent backstage including a visit with former Intercontinental […]

Now It Gets Real

While the Grammys took place in Los Angeles last night and WWE fans freaked out about Daniel Bryan not appearing in the Royal Rumble, Nick Foles was out in Honolulu handling his business. The Eagles quarterback finished 7 of 10 for 89 yards and a touchdown – thrown […]

We begin Super Bowl week with the Denver Broncos and Seattle Seahawks landing in the New York New Jersey on Sunday. The Broncos landed in Newark on Sunday afternoon and made their way to speak with the media.

The NFL Bad Lip Reading Crew Is Back

From the creators of the original Bad NFL Lip Readers arrives the sequel.

America Likes “Thugs”: Richard Sherman Has One Of The NFL’s Top Selling Jerseys

Although the hand-wringing over Richard Sherman’s highly publicized post-game interview with Erin Andrews last Sunday has subsided somewhat, the Seahawks cornerback is back in the news. Earlier this week, the latest rundown of the league’s top-selling jerseys was released and it revealed Sherman having the 10th best selling […]