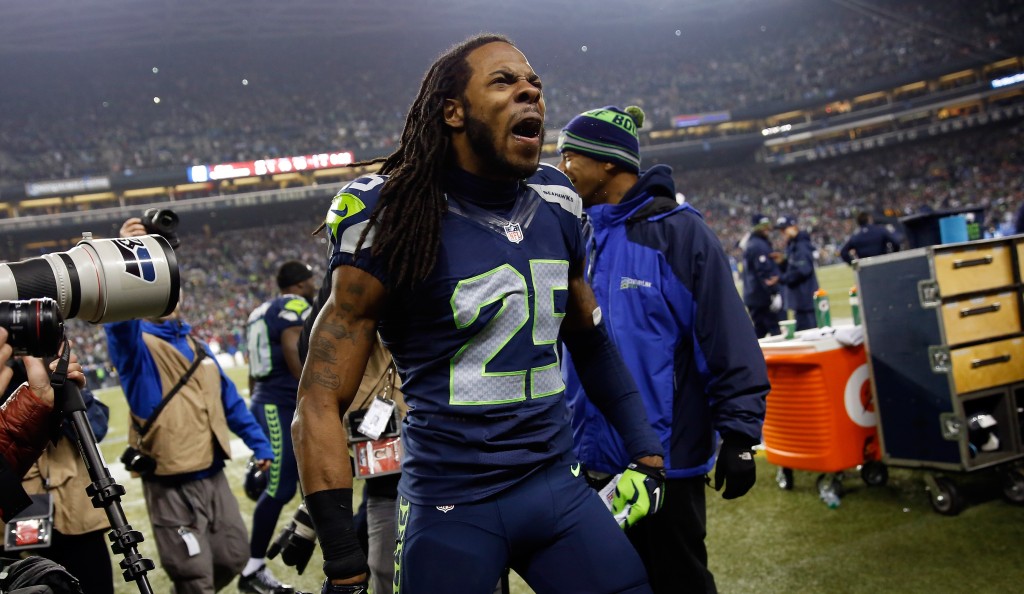 In the hours following Richard Sherman ripping the headlines away Peyton Manning’s 400-yard effort on Championship Sunday, the professional wrestling community came out in support of the Seattle Seahawks cornerback essentially calling himself the best in the world.

While Sherman’s post-game interview with Erin Andrews has sent shockwaves around the sports world, WWE wrestlers past and present supported the embattled Sherman.

Also, loved the interview by @RSherman_25. Best in the game and not afraid to say it.

Of course, what would anything pop culture be without hearing from former WWE champion The Iron Sheik.

Oh, there was more…

Calm down you dumb son of a bitch #RichardSherman

Hours later, it appeared he calmed down and seemed to earn respect for Sherman’s ability to generate heat.

The @RSherman_25 play with heart. The last night he get Iron Sheik heat. He respect the sport and that the people that way I respect him

Lastly, we check in with Jake “The Snake” Roberts, who kept it short and sweet:

I can help Sherman with his heel promos….

Oh, that leads to our final stop on the wrestling tour. Back in the ’80s, “Mean” Gene Okerlund’s interviews became a staple throughout WWE programming.

Alas, someone superimposed Sherman into an old interview between Okerlund and Randy Savage.

The results are nothing less than sensational.

I love the internet.