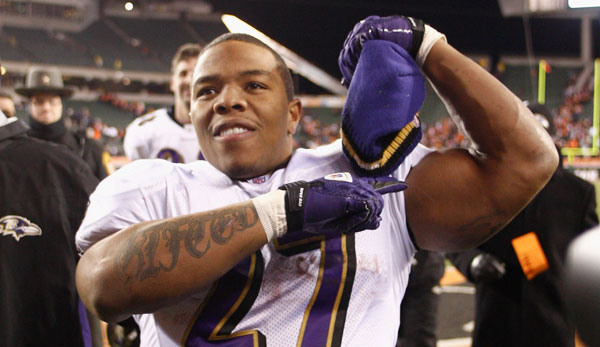 When we last heard from the duo of Ray Rice and his fiancé Janay Palmer in a public setting, Rice attempted to lift Palmer’s unconscious body following a February 15 altercation between the pair in Atlantic City.

Rice was indicted by a grand jury on third-degree aggravated assault charges on Thursday.

One day later, he married Palmer.

So, let me get this straight…Rice, who is receiving solid support from the Ravens, marries a woman after getting rested due to some sort of donnybrook between the two less than two months ago.

Elsewhere, a Baltimore Sun story on the situation mentions that a potential Rice/Palmer wedding probably wasn’t likely to happen until the summer.

Let’s check in with Buffalo’s Brandon Spikes on this:

That’s him trying to save his image duh

Yup. I would agree Mr. Spikes.

It appears this might be a setup to show Rice and Palmer being a couple that just needed some advice on how to deal with their problems.

Thus, here comes the image police with Rice tying the knot with Palmer.

Meanwhile, Spikes also suggested that Rice should get choked out for abusing a woman.

If Rice’s alleged crimes are true, I think a lot of people would second Spikes’s suggestions.