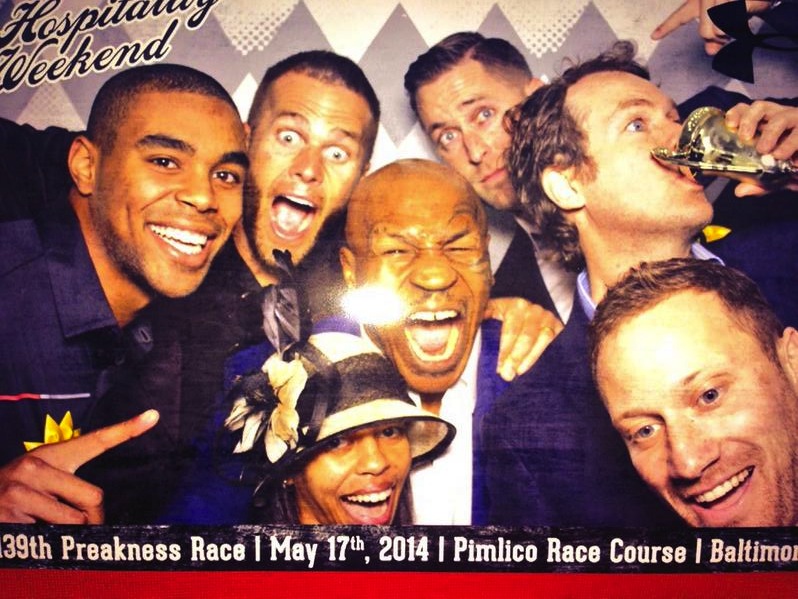 While California Chrome grabbed the victory to draw within a victory of earning the elusive Triple Crown, Tom Brady and Mike Tyson combined to make some news of their own.

Brady and Tyson, two of the most notable athletes over the last 30 years, combined for a photo booth selfie at the Preakness along with Texas Tech football head coach Kliff Kingsbury.

I’m not sure if Brady and Tyson ever met but this photo makes it appear as if they’re the second coming Bosom Buddies.

Anyhow, hopefully they’ll get together in June for the last stage of the Triple Crown – the Belmont Stakes – in June.