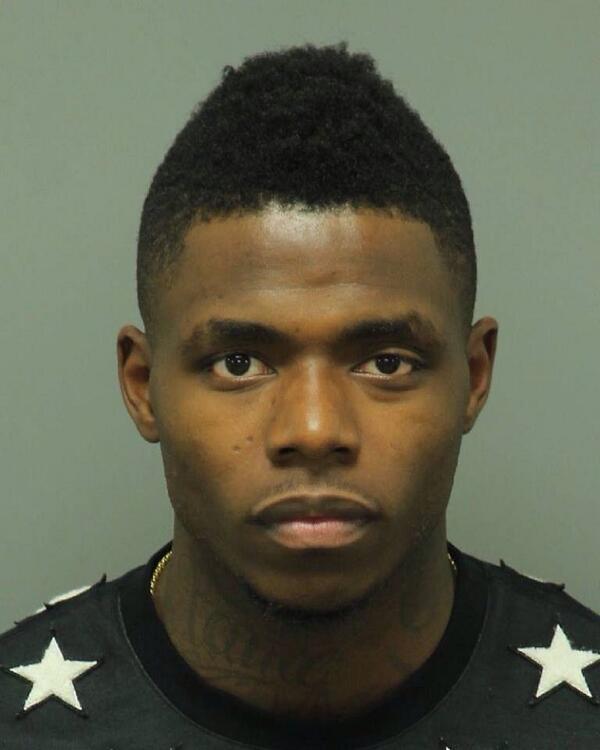 Things are about to get worse for Cleveland Browns wide receiver Josh Gordon.

The troubled Browns receiver, who is already staring at a year-long suspension, was arrested Saturday morning on a DWI charge in Raleigh, North Carolina.

Authorities flagged down Gordon for driving 50 m.p.h. in a 35 m.p.h. zone on Saturday morning around 3 a.m. As a result, Gordon will be charged with DWI and speeding, according to Matt Anderson of WKYC in Cleveland.

It’s been a rough and tumble year for Gordon, who is a repeated visitor to the NFL’s doghouse.

Last year, Gordon missed the first two games of the 2013 season after violating the league’s substance abuse policy. Shortly, after the ’14 NFL Draft, word trickled out that Gordon failed a second drug test that would likely result in a year-long suspension.

Days away from an appeal hearing for his latest infraction, Gordon was arrested again and now it appears will not be appearing on an NFL field anytime soon.

Incredibly, Gordon’s arrest comes on Fourth of July weekend – typically a prime-time period for cops to arrest and pull over people on suspicion of driving while intoxicated.

We’ll live in a world one day where players actually call drivers or get friends to help them out of these situations.

Gordon was released on bail.