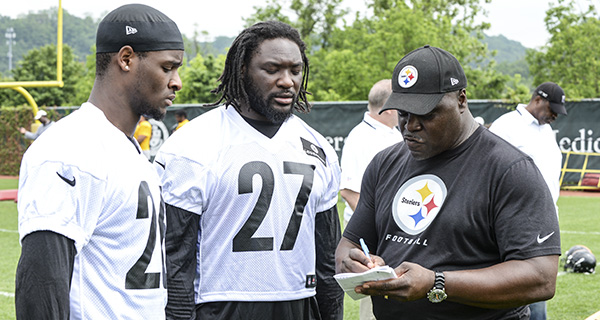 The Pittsburgh Steelers may have a bit of a problem on their hands after their top two running backs were arrested Wednesday afternoon on marijuana possession.

Le’Veon Bell and LeGarrette Blount will be charged with marijuana possession after being stopped in Pittsburgh on Wednesday afternoon.

Local authorities pulled over Bell, Blount, and a female passenger during a traffic stop, which revealed the trio was riding with a 20 gram bag of marijuana.

Bell, who drove the car, headed to the hospital for blood to be drawn. He is expected to be charged with driving under the influence of marijuana. All three individuals were eventually released by local authorities.

Bell and Blount were likely to receive a majority of the carries this season as the team’s top two options. Now, it’s unknown what their availability will be as these charges hang over their heads.

Insert joke about a guy named Blount getting arrested on marijuana charges here.