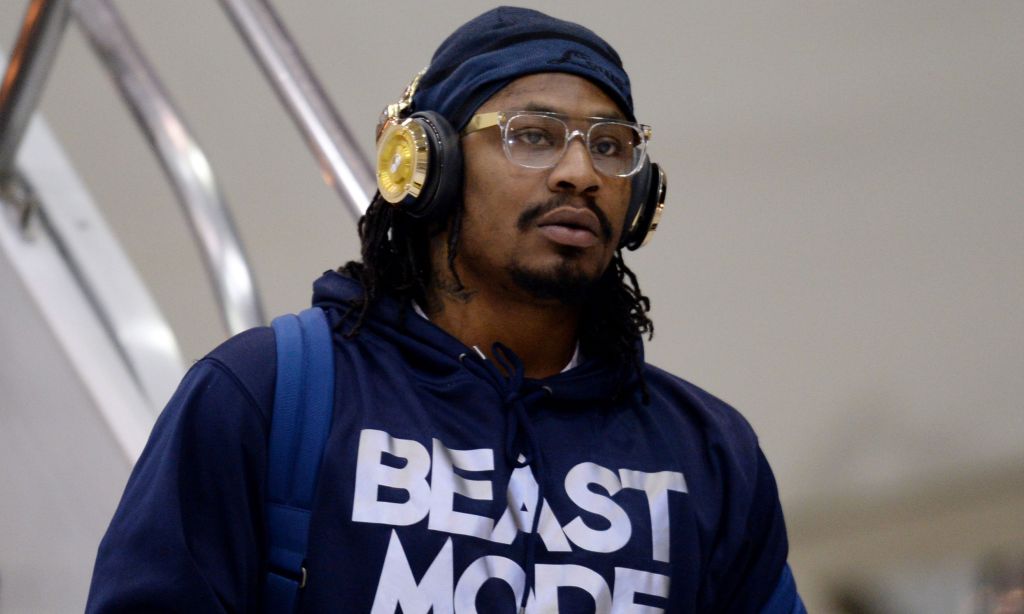 Leave it to Marshawn Lynch to open up about Seattle’s cataclysmic Super Bowl loss to the media in Turkey.

Beast Mode spoke to a Turkish TV station while visiting the country with NFL players Gary Barnidge, DeAngelo Hall and Breno Giacomini as a part of the group American Football Without Barriers – an organization that promotes the international growth of the game.

During the interview, Lynch indicated that he thought he’d receive the football on Super Bowl XLIX’s decisive play – the game-winning interception by New England’s Malcolm Butler.

“I had no problem with the decision of the play calling. I mean, you know, I think it was more of a … how do I say this? When you look at me, and you let me run that ball in, I am the face of the nation. You know, MVP of the Super Bowl, that’s pretty much the face of the nation at that point of time.

“I don’t know what went into that call. I mean, maybe it was a good thing that I didn’t get the ball. I mean, you know, it cost us the Super Bowl. I mean, I have full … I have full confidence in my teammates to execute that plan because we’ve done it so many more times. But would I love to had the ball in? Yes, I would have.

Did Marshawn Lynch just insinuate that the Seahawks didn’t want him to score because he was going to be “the face of the nation” and Super Bowl MVP?

Let’s all circle the wagons together conspiracy theorists. It’s evident that something foul could be afoot in the Seahawks locker room during the offseason.

If Lynch thinks this, it’s a fair guess that his wisdom is shared by others in the Seahawks locker room.

Would the Seahawks really want Russell Wilson to be the star over Lynch?

Well, who is getting the big money, guaranteed contract this offseason?

While the Seahawks say they want to keep Lynch, Wilson will be getting the big payday.

Paying a Super Bowl hero would have been a lot easier to justify to the locker room. Instead, Seattle’s failure to give Lynch the ball in the waning moments of Super Bowl XLIX could have long-term ramifications that go beyond winning and losing a game.