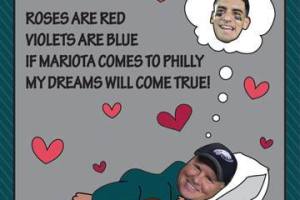 New England Patriots head coach Bill Belichick rolled into the White House Correspondents’ Dinner on Saturday night, fresh off of his appearance in Washington on Thursday.

The NFL released its 2015 regular season schedule on Tuesday, which will commence in grandiose fashion when the Pittsburgh Steelers open against the defending, reigning Super Bowl champion New England Patriots in the annual Thursday night lid-lifter.

There Is Already An Eagles Tim Tebow Soft Pretzel

The Philly Pretzel Factory, which is a franchise throughout the Philadelphia/South Jersey area, has released a new pretzel in honor of new Eagles quarterback Tim Tebow. 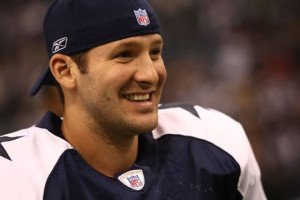 Tony Romo Made A Deflategate Joke During The ACM Awards

if there is one guy who shouldn’t rattle the cage of the New England Patriots (or any other fanbase for that matter), it’s Dallas Cowboys quarterback Tony Romo.

Social media buzzed on Thursday over the new Star Wars trailer for the upcoming latest installment of the epic sci-fi movie franchise. Patriots wide receiver Julian Edelman, who already was responsible for a Pats-themed version of Growing Pains, rolled out his latest ode to New England.