The Cleveland Browns’ offseason has been one to forget. From the Josh Gordon debacle to Johnny Manziel’s stint in rehab to the texting controversy, the Browns have been a hot mess over the past two months.

Today, the Browns finally had something to feel good about. They debuted new jerseys on Tuesday, which feature up to nine different jersey combinations.

This time around, the Browns will proudly display “Cleveland” on the front of each jersey.

Browns team president Alec Scheiner says the Browns could become “the Oregon of the NFL” thanks to their multiple color schemes.

However, they’ll have to step their game up further to reach Oregon status, who seemingly has 9,000 jersey and helmet combinations. 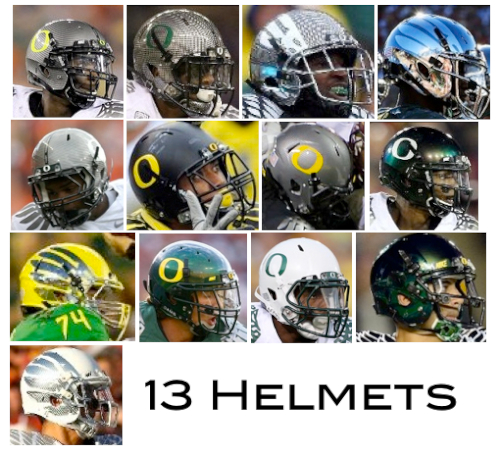