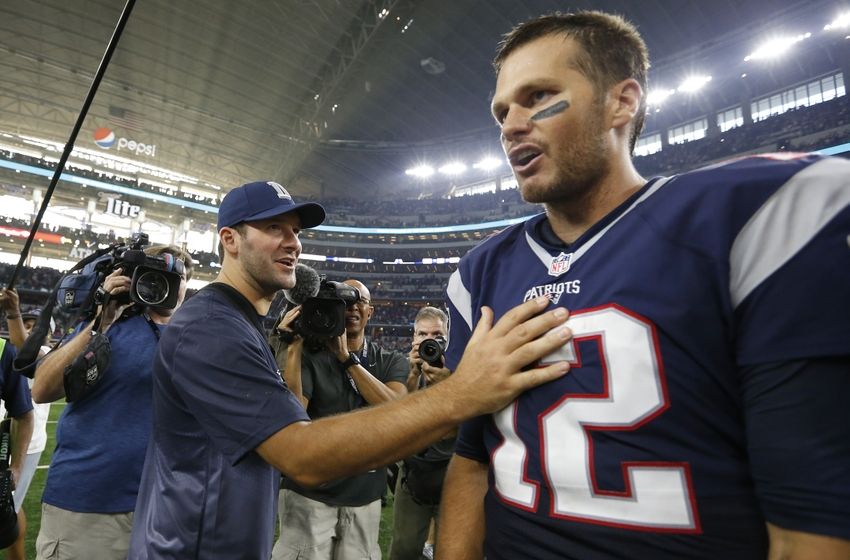 From the “that takes some balls” category, injured Dallas Cowboys quarterback Tony Romo gave Tom Brady a preview of when he expects to see him again.

As the two met up on the field after New England’s 30-6 dismissal of Dallas, Romo told Brady “see you in February” in front of NFL Films cameras on Sunday.

To do what exactly? Try out cuisine in San Francisco?

Of course, that is a reference to the Cowboys meeting the Patriots in a rematch at Super Bowl L in Santa Clara in February 2016.

Unfortunately for Romo, only Brady’s Patriots seem a likely candidate to reach California. Here’s what needs to happen for the Cowboys to reach the Super Bowl:

Maybe Romo is taking some extra strength Ibuprofen that is making him loopy.

Either Romo is extremely confident in his teammates, crazy, or delusional…or perhaps, all three.

Considering Brady is now 4-0 against the Cowboys, Romo better hope he doesn’t see TB12 on a playing field anytime soon.