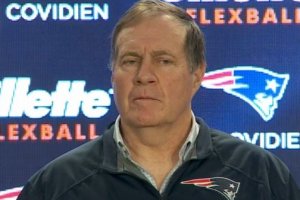 Bill Belichick Leads One Of The Most Uncomfortable Postgame Pressers Ever

After Tom Brady hit Brandon Bolden on a 63-yard touchdown pass in the fourth quarter, it seemed New England was headed towards an 11th straight win to start the season. Instead, a turnover, questionable officiating, and an injury to Rob Gronkowski led to New England’s demise in Denver.

It’s not Brady vs. Manning XVII. Instead, it’s Brady vs. Osweiler I. Am I the 50th person to tell this joke so far? LIVE BLOG time for the AFC’s two best teams.

For just the third time since 2001, the annual Tom Brady vs. Peyton Manning meeting will be missing one of its main principles. Manning is in the midst of recovering from a foot injury and alas, we will be graced with the presence of Brock Osweiler. 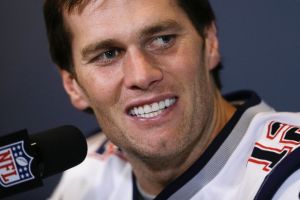 Tom Brady Dressed As A Turkey And Scares His Kids

Tom Brady spent the last few days playing in a pile of leaves at his Massachusetts home.

Following up one of the franchise’s all-time stinkbomb efforts against Tampa Bay last Sunday, the Philadephia Eagles backed it up with an equally atrocious effort on Thanksgiving Day against the Detroit Lions. Detroit mauled Philly 45-14 in front of a nationally televised audience that possibly gagged on any […]

Thanksgiving Day proved to be a big swing and miss for anyone who took Dallas and the points over the undefeated Carolina Panthers.

Gene Steratore and his officiating crew had a rough night at the office on Monday when the Buffalo Bills met the New England Patriots.

During the opening quarter of Monday night’s Bills/Patriots affair, Tom Brady brought some variation to his line calls.

The 3-7 Dallas Cowboys, whom broke their seven game losing streak in Miami on Sunday, received quite the nod of respect from Vegas oddsmakers.