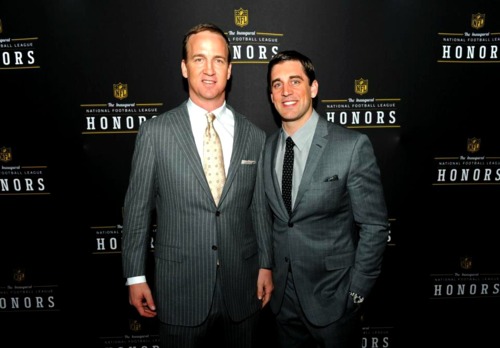 It’s incredibly possible that in order for Peyton Manning to win a Super Bowl while playing the worst football of his career, the former Colts QB may need to beat Tom Brady and Aaron Rodgers in consecutive games.

Matt Damon’s character had an easier time trying to figure out who was the mole for the Massachusetts PD in The Departed.

We’ll get a glimpse of what a Manning/Rodgers matchup in the Super Bowl might look like when the two titans clash on Sunday Night Football.

Alas, the decision to live blog this game was cake.

Plus, this is potentially one of those “passing of the torch” games that the media so desperately craves.