It’s pretty evident Cam Newton will not be phased by this whole Super Bowl thing before the game actually takes place on Sunday night. 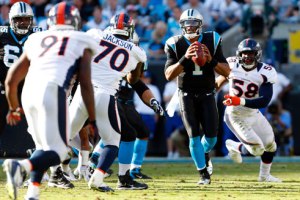 What a better way to celebrate Super Sunday, the final game of Peyton Manning’s storied career (maybe) and America’s inability to talk about race in an intelligent manner than to run our annual Super Bowl Live Blog. 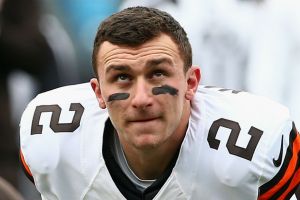 According to the Fort-Worth Star Telegram, local police authorities investigated an altercation in Texas on Saturday morning between Cleveland Browns quarterback Johnny Manziel and a female.

Winter Storm Jonas ran roughshod up and down the East coast and Mid-Atlantic region. While the snow prevented a lot of travel, it gave folks the opportunity to be pretty creative.

The NFL announced its Super Bowl 50 Golden Team on Thursday in conjunction with the Pro Football Hall of Fame. The team is comprised of the best of the best from all 49 Super Bowls and features 22 Hall of Famers.

Clete Blakeman Is Super Bowl 50 Referee; Broncos Unbeaten Since 2010 In His Games

The NFL formally announced on Wednesday that Clete Blakeman will be the referee for Super Bowl 50.

The Coldplay Song of the Day: Vol. 2

In an effort to educate football fans everywhere, who may not actually listen to or confess to listening to them, everyday prior to the Super Bowl 50 you’ll see a new Coldplay video. It will either excite you for the Super Bowl 50 halftime show or have you […]