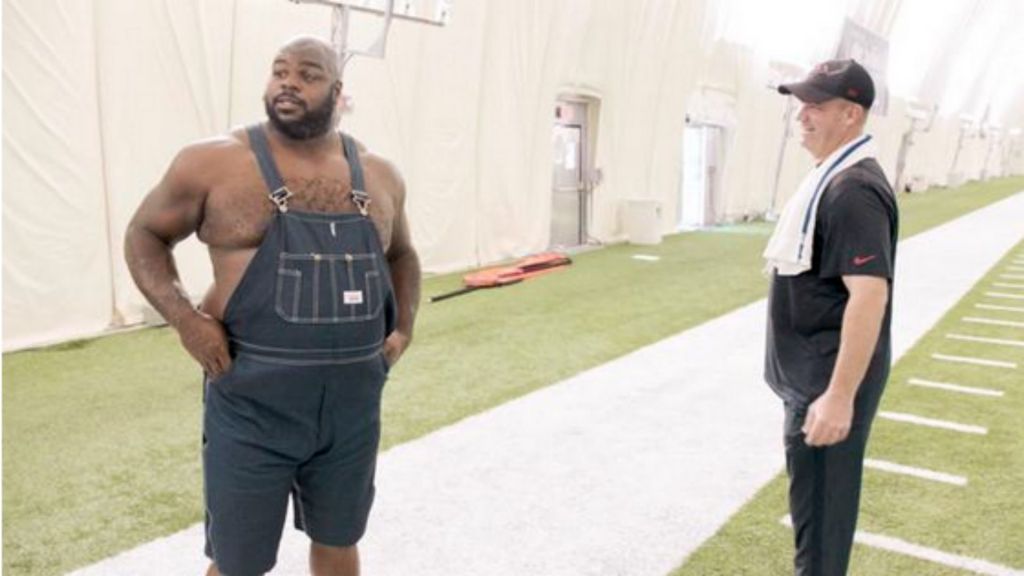 Best Moment of the Season: The Texans were among the worst teams in football during the Fall as they rolled into Cincinnati to face the unbeaten Bengals on a Monday night in November.

Why this team will go to the Super Bowl: Watt and the Texans defense fulfills promise as a game-changing D with an out of this world front seven…Receiver DeAndre Hopkins is a matchup nightmare for teams…Brian Hoyer turns into 2012 Joe Flacco.

Why this team will not go to the Super Bowl: Brian Hoyer and a porous rushing attack undermine the defensive efforts in a tight football game. They miss some form of Arian Foster badly.

Why you should root for this team: The wondrous talents of Watt. Vince Wilfork’s overalls. Bill O’Brien likes Rick Ross. DEANDRE HOPKINS IS AMAZING.

Why you should hate this team: Watt preens for the camera too much. The most important thing O’Brien has done in the NFL was yell at Tom Brady once on camera. See below.

This would not make me feel good about my team’s chances of winning the Super Bowl. However, the former President Bush has attended a few Texans games in his day along with his dad, the great George H.W. Bush.

Outlook: Houston’s lack of skill players on offense excluding Hopkins is a big problem for them against capable defenses. Whether it be Kansas City in the wild card round or a matchup with the Patriots or Broncos in the divisionals, an opposing defense will the Texans offense far from playoff ready.