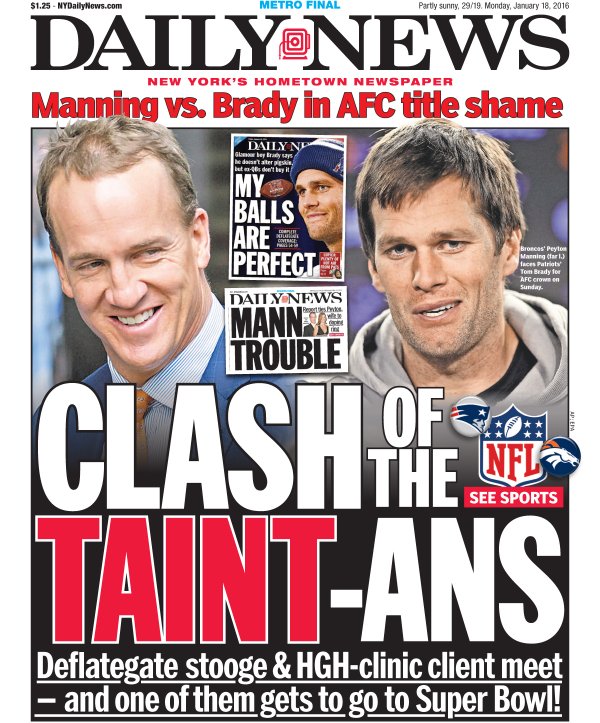 The New York Daily News, that bastion of journalistic integrity, revealed its cover for Monday’s newspaper that will feature Tom Brady and Peyton Manning in anticipation of next Sunday’s AFC Championship Game between the Patriots and Broncos.

Unwilling to have a short memory, the NY Daily News referred to next Sunday’s meeting as a “Clash of the Taint-ans” – a reference to Deflategate and Manning’s alleged HGH scandal.

Only in New York can two guys who have very little to do with the New York sports scene land on the tabloid’s backpage for doing nothing other than playing each other for a chance to go to the Super Bowl.

Meanwhile, the Jets and Giants are far from reaching elite NFL status.