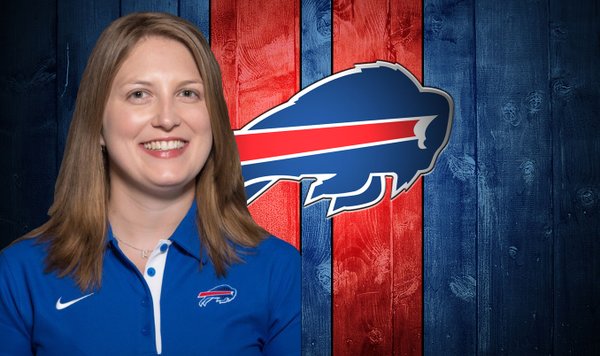 The Buffalo Bills made league history on Wednesday when they hired Kathryn Smith as the first full-time female assistant coach in NFL history.

Smith will serve as the team’s quality control-special teams coach.

Bills head coach Rex Ryan cited the changing coaching culture in sports as one of the reasons for Smith’s hire.

“I consulted with Bruce Arians on this since he was really the first NFL head coach to make this kind of move when he hired a female linebackers coach through the summer. You can see the success some of these young ladies are having in the coaching profession, such as the young lady that is an assistant to Coach (Gregg) Popovich at the San Antonio Spurs, and realize how exciting this is for women like Kathryn Smith as well as the Bills organization.”

Smith is no stranger to the NFL. She will begin her 14th year next season. Prior to her stop with Bills, Smith worked with the New York Jets for 12 seasons (including with Ryan when he was Jets head coach) in a variety of roles including as a player personnel assistant and assistant to the head coach.

While this is a tremendous and potentially transcendent move for women in sports, it didn’t take long for the idiots to come out:

@ProFootballTalk ryan brothers can use her to fetch beers no doubt

@ProFootballTalk I heard her contract states Rex gets to keep all her toenail clippings.

Hopefully, this type of moronic response will be a small sample of an overwhelmingly positive response from the public.

She has been affiliated with the NFL since 2003 and is well-deserving of the opportunity.