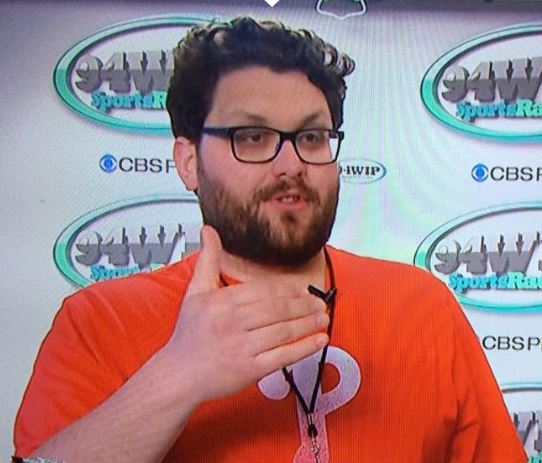 Prior to the introductory press conference of new Eagles head coach Doug Pederson, Innes criticized Kelce, who is white, for his loyalty to the coaching staff including the center’s attendance to his new coach’s presser.

Once that horse left the barn, Innes compared Kelce’s situation to that of one that popped in the film Malcolm X:

“Here’s the thing though, right, it’s like this. Let me find a good comparison here. I was watching Malcolm X yesterday, I was in the airport in Memphis watching Malcolm X, and there was a scene where Denzel’s doing the whole thing about the slave and the house negro? Right? And like, the house negro is the guy who’s gonna tell you like, oh he gets to live in the big house with the boss and every time he refers to something that happens in the house it’s ‘our house’ and ‘we’ and everything like that. And then there’s the actual slave that isn’t the house negro that’s just trying to run away. Essentially what you’re getting here is Jason Kelce is the house negro is what I’m trying to convey to you.”

The word dumb is far too nice of a word to use to describe Innes’s foolishness in those comments.

Interestingly enough, Innes was not called out for his comments by his African-American co-host, Hollis Thomas – a former Philadelphia Eagle.

Hopefully, Innes doesn’t feel the need to give anyone lessons in race anytime soon. Clearly, he doesn’t know what the hell he is talking about.

Loosely comparing slavery to anything related to American sports in 2016 is among the dumbest things that can leave someone’s mouth.

Luckily for Innes, Kelce is not carrying a grudge it seems.

You can find the audio here.