WWE, Royal Rumble Get Set To Take A Piledriver From The NFL On Sunday 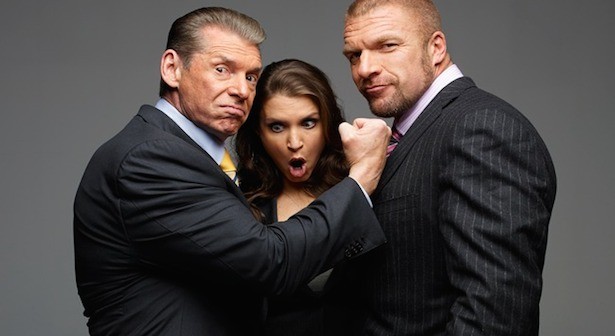 The WWE will hold the Royal Rumble on Sunday, one of the sports entertainment company’s annual signature events.

Annually held in January between the NFL conference championship games and Super Bowl, the Royal Rumble routinely marks the beginning of the WWE’s road to their own annual Super Bowl – WrestleMania.

However, Vince McMahon and company had a change of plans this year. In a seemingly crazy move amid declining TV ratings, they will run the Royal Rumble against the NFC Championship between the Arizona Cardinals and Carolina Panthers on Sunday night.

Competing against an NFL playoff game is a massive challenge for anyone let alone the WWE. For example, the top rated playoff game from last week’s divisional round was Denver’s victory over Pittsburgh. An estimated 43 million people watched that game.

The other NFL playoff games weren’t exactly ratings lightweights either:

NFL playoff games are among most-watched events of the year and a ratings grizzly bear.

The AFC Championship features Brady vs. Manning XVII as a lead-in for the NFC’s two top teams squaring off on FOX for the right to play in Super Bowl 50. Therefore, the outcome for the subscriber-dependent WWE Network could be gruesome.

That was a decline from the previous season’s second conference title game. The Seattle Seahawks nipped the San Francisco 49ers 23-17 to win the NFC title in front of 55.9 million viewers.

Obviously, the WWE has gone out of its way for years to use the bye week in between the conference games and Super Bowl to run the Royal Rumble.

There are two issues at hand:

Reasons aside, the NFL is king.

Even the great Vince McMahon will not have an answer for Cam Newton dabbin’ on fools during the NFC Championship game on Sunday.

If it’s any consolation, Vince (even at 70) could totally take Roger Goodell in a fight.