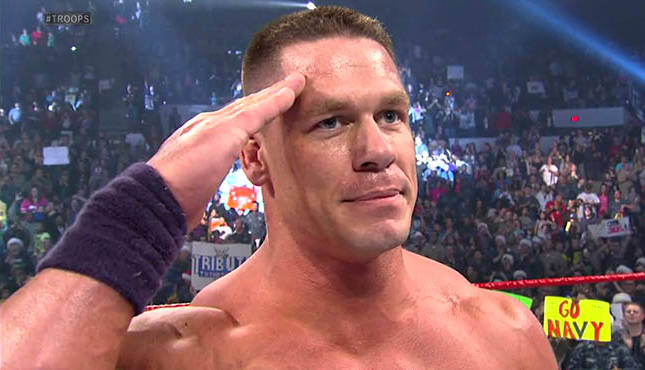 During his monologue, which received rave reviews, took aim at numerous people including Peyton Manning, Kobe Bryant, and Kevin Durant.

As he got settled in, Cena stated that professional sports has a lot in common with the WWE. He eventually rolled into a point that no one quite compared to WWE leader Vince McMahon…

…except for one person.

John Cena spared nobody in the sports world in his ESPYs opening monologue.

A picture of NFL commissioner Roger Goodell popped onto the screen after Cena said the two had more in common than we thought as maniacal bad guys.

Cena, who is originally from the New England area and is a Patriots fan, seemed to enjoy that joke quite a bit.