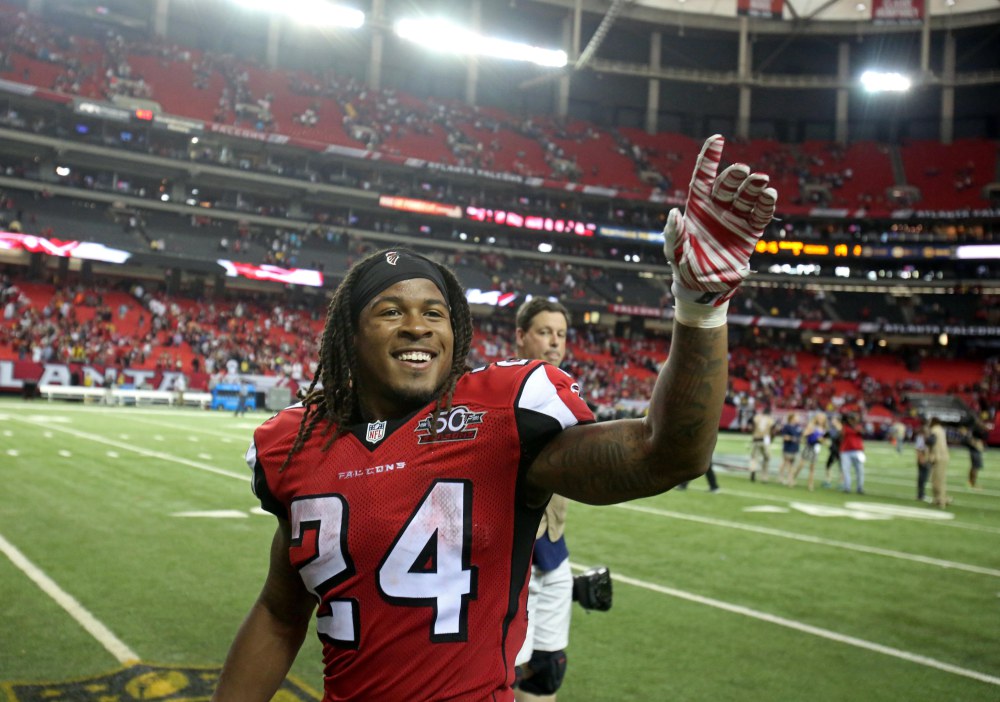 From the department of “file this one away just in case”, Atlanta Falcons running back Devonta Freeman made some bold statements in reference to their Super Bowl meeting with the New England Patriots on Sunday.

Freeman is not among those cowering at the presence of dealing with Bill Belichick, Patriots defensive coordinator Matt Patricia, and the NFL’s top scoring defense.

Freeman told Pro Football Talk that the Patriots would have to pick their poison regarding how to slow one of the highest scoring offenses in NFL history:

“We can do whatever we want,” Freeman told Pro Football Talk on Thursday. “Pick your poison. … We’ve had the game plan. The game plan doesn’t change.”

How Carolina Panthers-ish of Freeman. The Falcons have gotten fat on the JV defense of the Packers and the remains of the Legion of Boom during the postseason.

Poking the Patriots heading into the Super Bowl is a surefire mistake. It’ll be interesting to see if Atlanta continues to take such an abrasive approach this week in Houston.